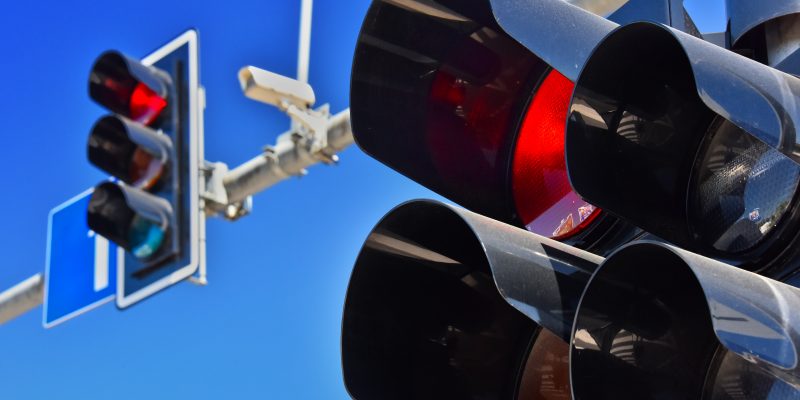 Intelligent Traffic Management is possible when you can deliver the communication necessary between devices and assets to a centralised traffic management application. With rugged and easy-to-deploy connectivity solutions, transportation departments and their partners can deliver real-time communication and control to remote equipment.

The Robustel router would be used to access remote controller from a central system, which has an advanced network management system. Also Robustel router need to establish OpenVPN with central Gateway Router, so that we could ensure the data security over Internet.

Solution
The R3000 Lite was part of an intelligent system for a traffic light control system via the stable and secure data transmission. The typical topology is showing below delivers real-time communication and control to remote equipment. 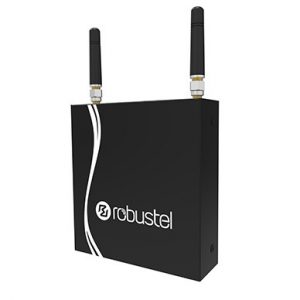 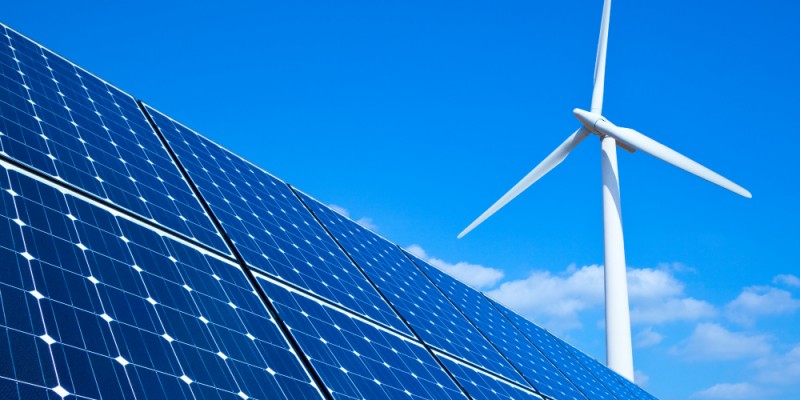 Communication requirements of an energy storage monitoring system include:

The R3000 series products are an ideal range for use in energy storage monitoring solutions as they have standard RS485 interface, they support Modbus protocol, and are easily connected to common devices in an energy-storage system.

Flexible and cost-effective deployment – Suitable for different applications of energy-storage systems, with maximum system deployment flexibility and efficiency, and with minimum cost. 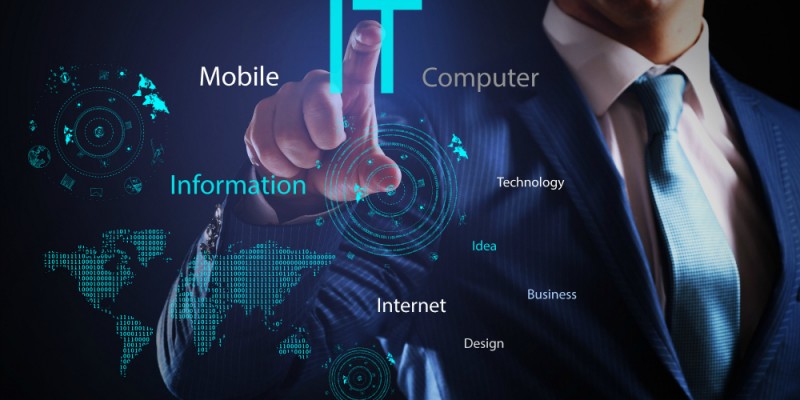 Setting up wired internet connections in remote office branches not only costs time but could also cost business’ millions of dollars for cabling. It’s worthwhile speaking to an expert to get it right the first time.  As a start when planning your roll out issues you should consider: 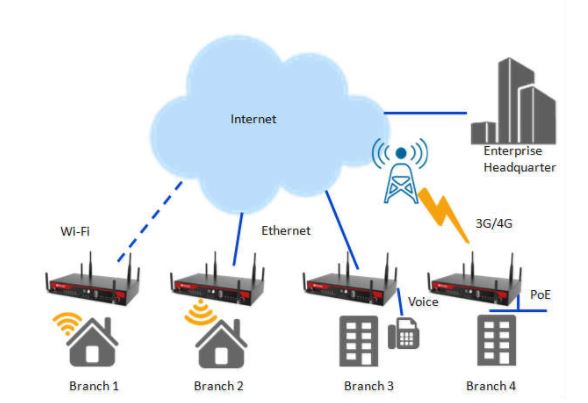 Having one device for cellular WAN, Ethernet WAN, WiFi and voice calls reduces the numbers of networking devices and cables purchased. Fast and easy device deployment allows the client flexibility and efficiency for their current and future requirements;

Robustel R2000 Ent – the industrial dual module cellular VPN router with voice provides fast and reliable internet connectivity and enhanced voice capabilities, facilitating the response to and the management of any device – anytime and anywhere.

Speak to Powertec today to discuss solutions for your own internet for remote offices Wi-Fi or M2M application. We have expert installers available across Australia. 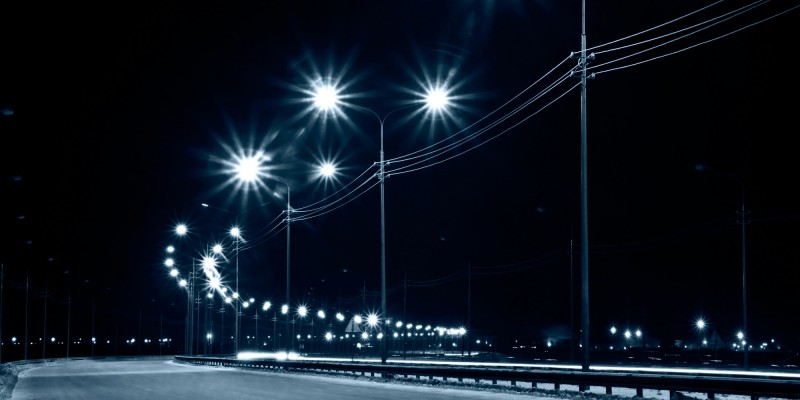 Street lighting is one of the biggest expenses of local governments. In order to save costs on maintenance and reduce energy cost, a particular solution was called for to monitor the status of remote lighting in real time and control the light in a variety of ways – specifically with regards to brightness levels, adjustment of on/off timing, Notification of Lamp Failure, Consumed Energy, Lamp Burning Hours.

Robustel products can provide a wireless solution to enable a complete smart street lighting system. Through the Robustel R3000 series router, the status of data could be constantly transmitted via cellular network. With a RobustLink platform installed in the control center, the remote lighting could be monitored and controlled intelligently. Meanwhile, maintenance resources could be managed more effectively according to the lamp data which could be collected remotely.

Robustel R3000 router and RobustLink platform help to build up a remote monitoring and control system with real-time and stable data transmission. The typical operating map is shown below:

All Robustel products can be found HERE. 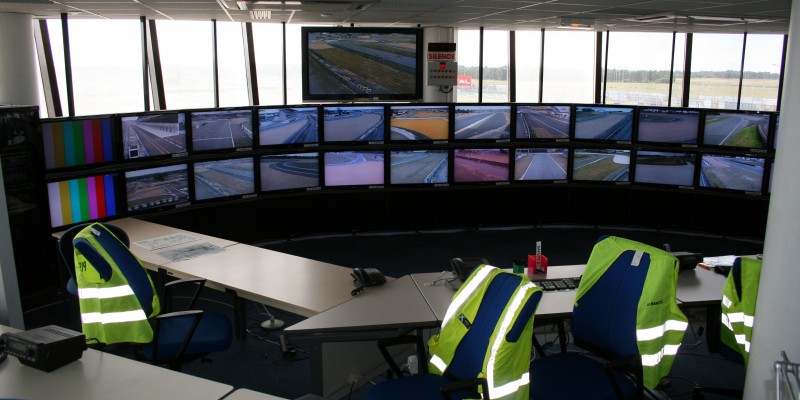 M2M communication is, as the name suggests, an exchange of data or communication that takes place between two machines without human interface or interaction. M2M is in a way similar to the Internet of Things (IoT) in that both offer a similar promise, that is, to fundamentally change the way the world operates. As in the case of IoT, M2M allows sensors to communicate and operate on their own, thus opening up possibilities to monitor themselves and respond appropriately to the changes in the environment. They are different in that IoT typically refers to wireless communication while M2M can refer to both wired and wireless communication between any two machines.

The most well-known example of M2M communication is telematics which involves data transfer for commercial purposes. Pioneers of telemetrics first made use of telephone lines, and later, radio waves to transmit performance metrics that were gathered from monitoring instruments from remote regions.

Improvements in wireless technology and the Internet have ensured an expansion of the role of the technology from engineering and manufacturing to the cellular arena. Wireless M2M has been dominating the 2G cellular network ever since it was launched in the mid-2000s and several companies began offering M2M data plans. However, M2M is not entirely a cellular-only area – it finds use in products like home heating units, Internet-connected appliances and healthcare services among others. Products based on M2M technology are often marketed to end users as “smart” products.

Currently, most M2M systems are either built to be task-specific or device-specific. Going forward, as the use of M2M technology expands, vendors would need to draft and agree upon some common standards for machine-to-machine communications.

M2M technology includes the use of wireless modules or sensors, a Wi-Fi or cellular communications link and autonomic computing software program.  The wireless or sensors are embedded in a device/s and they enable the transmission of data contained within these devises autonomously or as requested by other applications. A communication link connects the device/s to another device or computer server. A software application or program is then used to analyse the data and make decisions.

According to Forbes, M2M technology is one of the fastest growing technologies in the world given that it can connect millions of devices in a single network. Virtually everything that houses a sensor can be connected to a wireless network and then to a machine with software for data analysis and interpretation, and consequently, further action.

M2M is similar to LAN and WAN networks but is used to connect machines to allow them to communicate. The technology allows for humans or a control unit to monitor and assess the communication across the entire network and issue appropriate instructions to member devices, as necessary.

Some applications of M2M

Technology finds extensive use in the manufacturing industry as it enables companies to cut costs, automate their processes and execute them efficiently. In the manufacturing arena, M2M can be used to automate maintenance of equipment. As a case point, maintenance personnel can be alerted via SMS when an equipment needs servicing. This allows them to address issues as soon as they arise. To go further, the M2M networks can also be programed to automate the placing of orders for replacement parts.

Manufacturing giants such as Samsung and LG have already incorporated M2M technology and have unveiled “smart” home appliances that offer a higher quality of life to the end users. For example, an M2M-capable washing machine can send alerts to the owners once the washing cycle is complete. Then there are other applications for home appliances, for instance, household members can remotely control HVAC systems using their smartphones. As another example, a person leaving office in winters can ‘contact’ the heating system through his smartphone and set the temperature such that the home is warm by the time of his arrival.

Hospitals can put M2M technology to use to provide the highest level of care to their patients. For instance, when a person’s vital signs fall below normal, an M2M-capable device can automatically administer oxygen and additional care till the time a healthcare professional arrives at the bedside to take over. Time is precious during an emergency and immediate response can help to save a life. Then again, the technology allows patients to be monitored in their homes rather than being in the hospitals. In this context, M2M-enabled devices can be used to track a patient’s movements and alert a healthcare professional in case his vitals undergo a change or he suffers a mishap.

Organisations across the globe are considering or implementing M2M solutions to improve production and performance, and cut costs. Hertz uses the technology to track rental cars and even unlock them if a renter has left the keys inside. Businesses such as manufacturers of high-value items, temperature-sensitive medications, trucks and containers are increasingly turning to M2M. The possibilities of use are limitless – however, there is a catch – a number of factors can stall the use of the technology. Security is the most critical of these factors. Businesses still rely on external partners to deliver mission-critical services and in such a situation, data and personal privacy can be threatened. Then there are other issues such as reliability, availability, scalability, interoperability and cost that need to be addressed.

M2M is witnessing an impressive growth in the market and experts predict that low power, wide-area network (LPWAN) connections will grow from 11 million in 2014 to 5 billion, amounting to $7.1 trillion in 2020. Many major cellular operators such as Verizon and AT&T are already rolling out their M2M platforms to take advantage of this major industry growth spurt. M2M offers a great opportunity for companies to automate their solutions and streamline their processes in almost all industries. Going forward, in the next five years, a huge influx of companies innovating in this arena will be witnessed.

In a power distribution network, it is estimated that over 80% of the network faults can be attributed to transient overvoltage and overcurrent caused by weather events and natural disasters.

Breakers which are installed in substations and reclosers deployed in the whole distribution networks are the key to prevent the substations from damage.

A 24/7, real-time connectivity solution is a must for recloser remote control. In some sparsely populated areas, the signal coverage is limited, and Band 28 (700Mhz), which broadens wireless coverage with efficient deployment, is a perfect radio spectrum for such scenario.

Robustel offers a safe, cost-effective solution for power distribution market by products with Band 28 modules. Robustel R3000 Lite (Band 28 ready) can be triggered remotely and also provides data back to the centres.

A typical topology is below:

For more information on the R3000 Lite specifications go HERE.